From 1979 to 1981 six women were murdered on Mt. Tamalpais, across the Golden Gate Bridge from San Francisco. The trails were closed, and the community lived in helplessness and rage. At the time, Anna and Lawrence Halprin were leading a community workshop called “A Search for Living Myths and Rituals.” The participants decided to enact a positive myth in dance: the reclaiming of the mountain. That ritual, called In and On the Mountain, was performed over several days and included a walk along the very trails where the killings occurred. A few days after the ritual, the killer was caught, and peace returned to the mountain.
Don Jose Mitsuwa, a Huichol shaman then 109 years old, visited Anna Halprin and heard this story. He said, “This mountain is one of the most sacred places on Earth. I believe in what your people did, but to be successful in purifying this mountain, you must return to it and dance for five years.”
Mindful of the shaman’s counsel, the dance continued for five years every spring, each time deepening participants’ understanding and expanding their vision. In 1985 the dance, which involved an intensive workshop process, was renamed Circle the Earth. Where participants had once danced to reclaim a small measure of peace on the mountain, they now danced to restore health and peace to the planet. People from countries worldwide came to participate, helping the dance live up to its name, circling the Earth.

People around the globe wanted to share in Circle the Earth, and so it was simplified into the Planetary Dance, which is built around one of the dances from Circle the Earth, the Earth Run. People are invited to choose a local theme and add their own preparation and their own reflection, but everyone shares the Earth Run and the umbrella theme of peace among people and peace with the Earth. The Planetary Dance continues to engage communities throughout the world, from the Americas to Europe, Africa, the Middle East, Asia, and Australia. 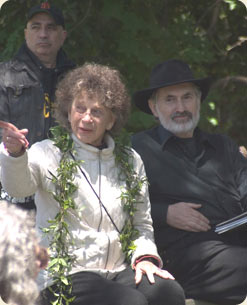 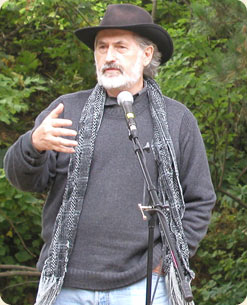